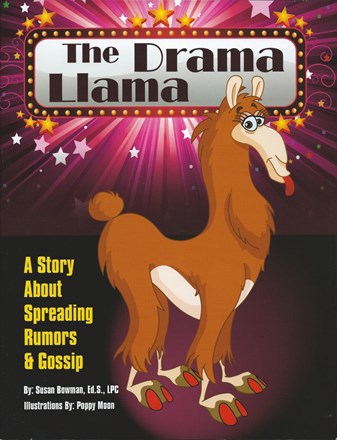 Many children can relate to others stirring up drama or being overly dramatic themselves. In this story Drama Llama always stirred up trouble among her animal friends. She liked to spread rumours and gossip and start trouble between the other animals. Eventually the other animals catch on to who is starting all the rumours and they stop talking to the Drama Llama. She then becomes very sad and lonely until some of her former friends confront her about her behaviour. They let her know how she can become their friend again and Drama Llama learns that to gain friends you don't need to try to get their attention by sharing rumours or drama but by being genuine and kind.